Crisp and compact on the outside, very spacious and versatile on the inside with cool SUV looks. That is the new Opel Crossland (RRP incl. VAT in Germany from €18,995), which is the first model to adopt the brand’s unmistakeable new face, showcased just a few weeks ago by the new Opel Mokka. As with the Mokka, the new Opel Crossland dispenses with the X-appendix in its name. In addition to the design, Opel has further developed the Crossland’s chassis and steering, and added a sporty GS Line trim as well as IntelliGrip adaptive traction control.

Organically integrating the grille and headlights, the Opel Vizor of the new Crossland extends in one single sweep across the front of the vehicle. The Vizor optically stretches the width and organises the fascia with a reduced amount of elements. The brand’s legendary lightning-flash emblem proudly dominates the centre. The Vizor will become a hallmark of all Opel models in the course of the 2020s with the idea of further clustering top technologies. 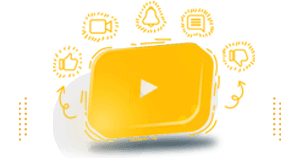